Mr. Tam learns from Mengde when sharing about Failure 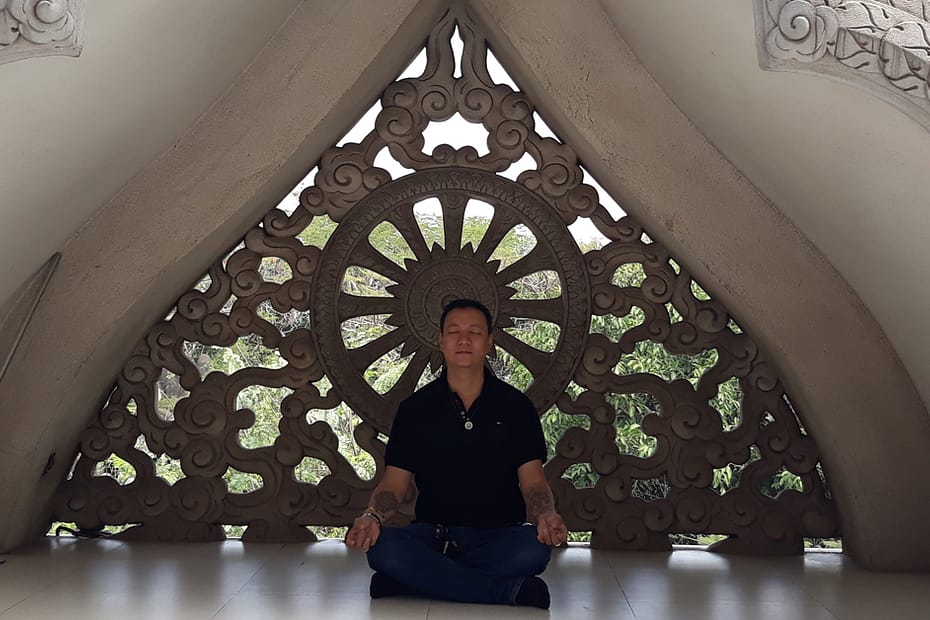 Let the HEART be always at peace, and the BODY must always be at peace. Money is the means, not the end of life.

Knowing how to use money will help you advance—having money, feeling happy like a fairy. Try to keep your cash, and you’re mean. Lack of money, the house also has to send.

Don’t defy everything, but sell yourself cheaply for MONEY. You can do anything, as long as your SOUL is always at peace.

Do anything, as long as the BODY is always at ease. Just because you have money today does not mean that you will be rich all your life. But if you have HEART, you will succeed!

P/S: Mr. Nguyễn Thanh Tâm is still healthy and has returned to another job. I just closed this scene. Another door opened just in time.

Sincere thanks to everyone who has Shared, Liked, shared, and encouraged Mr. Tâm over the past time.

Building a career is not simply an overnight thing, but failure without being discouraged is masculinity and heroism.

Whenever I fail to do something, I also sit and watch the clip of Cao Cao in the Three Kingdoms of Dien Nghia sharing this—wishing everyone happiness and peace.

Cry what! We are a man, a famous tiger general. You are shedding blood, not tears. Winning or losing is a common thing for soldiers. Don’t you listen to what I say? Let’s beat the drums.

Prime Minister, 3000 brothers of Mo General all, died. I blame them, and I blame the prime minister.

A champion, if he has not experienced a few defeats, how will he know how to win. There has never been a general in this world who won a hundred battles and won, only defeat but not be discouraged. The more you lose, the braver you are, until the end is the winner.

We brought 830,000 significant troops to conquer the South, but we lost to Ton Luu with 5 or 6 thousand soldiers. Why? We see the most fundamental reason is that in recent years we have won too many.

The army called the generals disorderly, the literature was ignorant, and the martial arts were innocent; the enemy was arrogant. But primarily we day and night, a ruse to use troops in a brief battle without even realizing it, so that the East Ngo side had many fire attacks.

People who want to become a great career must know how to grasp; then, they must let go. In the same way, you can accept victory and accept defeat.

Although we have suffered heavy losses in Chich Bich, our foundation is still there. Under Heaven, we are still holding. Thanh U Tinh Kiet. We have Thanh Tri, Binh Ma, Dan, To Tax, many times more than Ton Quyen and Luu Bei.

The court is still in Xuchang, still in our hands. In contrast, Ton Quyen and Liu Bei did not. In times of danger, we will also form a team, together with our opponents will fight each other until victory, fight each other, and doubt each other.

For example, if Chau Du and Zhuge Liang can agree and work together, then in O Lam, how can we escape the encirclement.

We use cookies on our website to give you the most relevant experience by remembering your preferences and repeat visits. By clicking “Accept All”, you consent to the use of ALL the cookies. However, you may visit "Cookie Settings" to provide a controlled consent.
Cookie SettingsAccept All
Manage consent

This website uses cookies to improve your experience while you navigate through the website. Out of these, the cookies that are categorized as necessary are stored on your browser as they are essential for the working of basic functionalities of the website. We also use third-party cookies that help us analyze and understand how you use this website. These cookies will be stored in your browser only with your consent. You also have the option to opt-out of these cookies. But opting out of some of these cookies may affect your browsing experience.
Necessary Always Enabled
Necessary cookies are absolutely essential for the website to function properly. These cookies ensure basic functionalities and security features of the website, anonymously.
Functional
Functional cookies help to perform certain functionalities like sharing the content of the website on social media platforms, collect feedbacks, and other third-party features.
Performance
Performance cookies are used to understand and analyze the key performance indexes of the website which helps in delivering a better user experience for the visitors.
Analytics
Analytical cookies are used to understand how visitors interact with the website. These cookies help provide information on metrics the number of visitors, bounce rate, traffic source, etc.
Advertisement
Advertisement cookies are used to provide visitors with relevant ads and marketing campaigns. These cookies track visitors across websites and collect information to provide customized ads.
Others
Other uncategorized cookies are those that are being analyzed and have not been classified into a category as yet.
SAVE & ACCEPT
error: Alert: Content is protected !!